The FIFA World Cup stadium in remote Amazonian rainforest is expected to leave behind a positive legacy for the isolated port city. 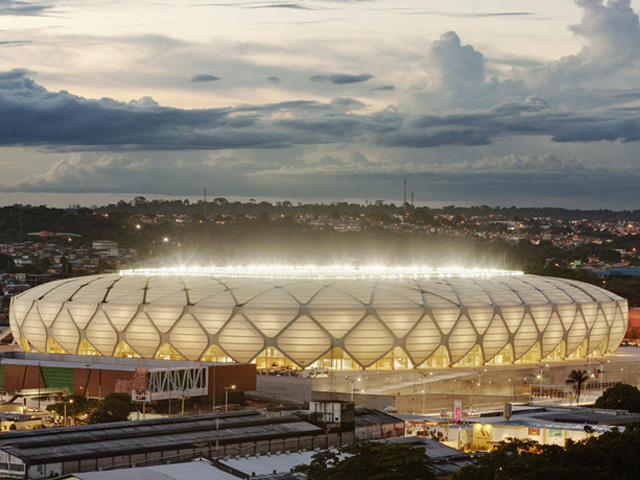 Arena da Amazônia is located in Manaus, which is 1500km up the Amazon River in Brazil’s isolated Amazonas state bordering Venezuela, Colombia, and Peru. Costing $200 million, the stadium was designed by German-based Gmp Architekten and will hopefully leave behind a positive legacy for the isolated port city. 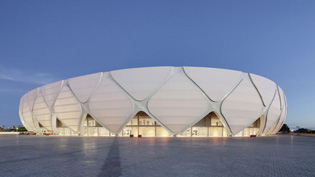 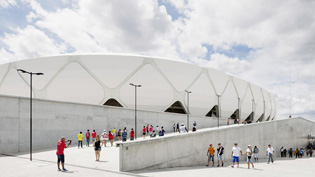 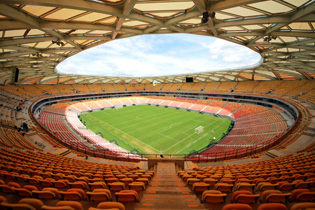 Given the hot and humid climate of this region, shade for spectators was imperative in the design. To cater for this, the roof wraps downward to become a façade and form a continuous ring of shelter for seating and circulation.

The stadium is situated on a central axis linking the city and the airport and holds a capacity of 45,000 which will accommodate large international crowds in its first few years.

Given its scale and also its purpose as a prominent destination, the building serves as a landmark for the city and Amazon region.

It was believed that the stadium might not be ready in time for the FIFA World Cup as it was still under construction in February 2014, however, the stadium was officially opened on March 9, 2014.

The Arena da Amazonia will host the following 4 matches of the 2014 World Cup: