FARMS OF THE FUTURE


A design for vertical farming developments to be erected in urban areas could be the answer to providing food stores in cities where land is at a premium or poor soil prohibits growth. 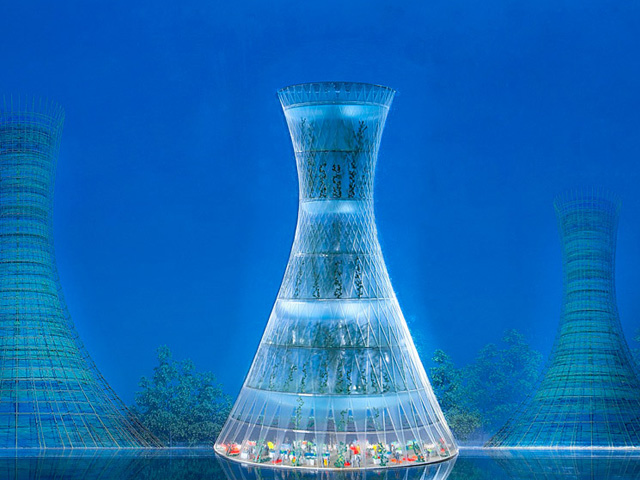 London firm Rogers Stirk Harbour + Partners has revealed details of a concept for a bamboo-framed vertical farm that could provide an alternative to traditional land-intensive farming. 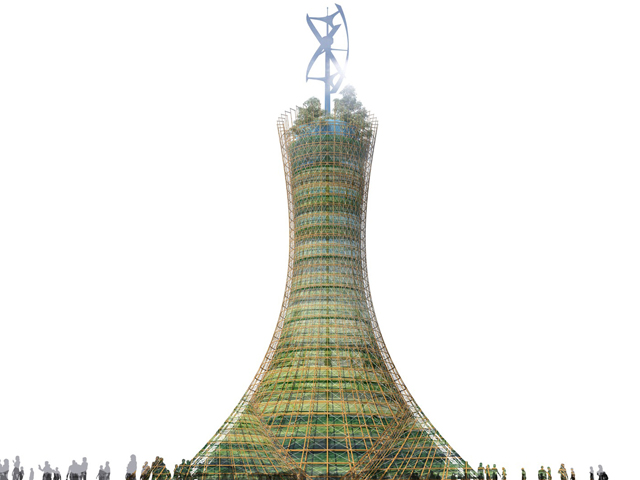 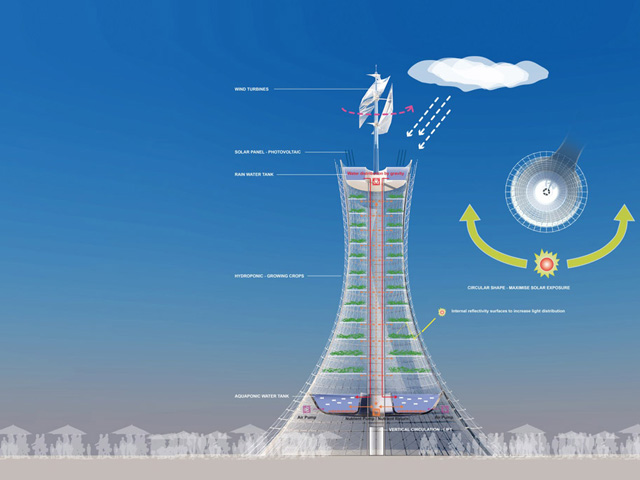 Named Skyfarm, the design is for a multi-storey hyperboloid structure that integrates different types of farming – ranging from traditional planting to aquaponics – and also produces its own energy.

Rogers Stirk Harbour claims the structure could be integrated into cities, but would also be suited to rural areas where land is scarce or soil quality is low. It would allow produce with short lifespans, like strawberries and spinach, to be grown close to market.

"Skyfarm proposes an alternative to the typical land-intensive farming systems," explained the firm.

"These towers support several layers of agricultural cultivation and an aquaponics system that enables the growth of crops and fish together in a re-circulating system," added the team.

Market and restaurant areas could occupy the ground level of the tower, helping to educate the public. Farming areas would be located above, as well as water tanks and roof-mounted wind turbines.

As well as agricultural and aquaponic levels, the structure could also support aeroponic farming, where plants are grown without soil in a misty mineral-rich environment.

The Skyfarm project was initiated in 2014 in response to the theme for the Milan Expo 2015, "Feeding the Planet, Energy for Life", which questioned how countries will produce enough food for the world's growing population.

"It is said that by the year 2050 nearly 80 per cent of the earth's population will reside in urban centres," said the architects.

"Over the same period of time, the earth's population is expected to grow by an additional three billion people," added the firm. "If we continue to use traditional farming practises, it is believed that an area of land larger than Brazil will be needed to feed these additional people."

Rogers Stirk Harbour claims the farm's lightweight bamboo frame could be scaled up or down, so the design could be adapted for a variety of situations.

"A 10m version could be constructed in a school, or an 80-metre farm built in a larger urban area," said the firm.

"Its geometry can also be adapted depending on the earth's latitude and the amount of sunlight available. In cooler climates, a double-skinned enclosure and heating could be added to create optimum growing conditions."

Urban farming is an issue that has been tackled by numerous architects, all concerned about the future of food production.

Skyfarm picked up the sustainability prize at the Architectural Review MIPIM Future Projects Awards this week. It was also a winner at the World Architecture Festival 2014, where it was described as a "thorough, believable and beautiful project".

Farms of the Future
Universal Magazines