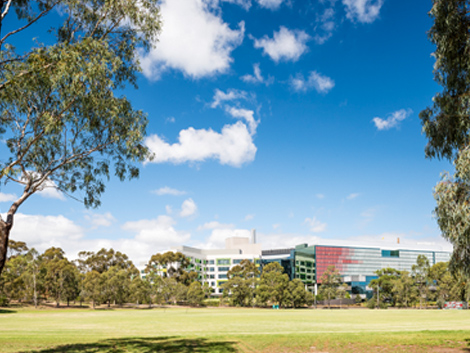 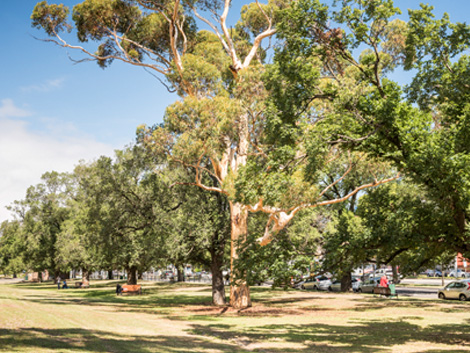 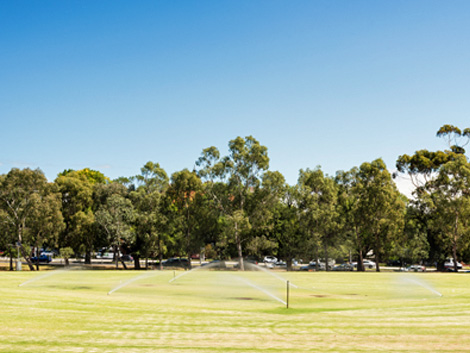 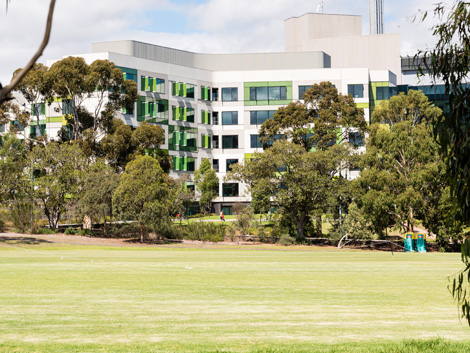 Extensive refurbishment works on the Flemington Road Oval in Royal Park restored this well known recreational area back to top condition for the City of Melbourne.

As part of the Victorian Government’s commitment to improving and expanding public green spaces in Melbourne, SJM Turf & Civil was contracted for an extensive turf refurbishment project in 2015. After years of neglect and hard use, the turf on Flemington Road Oval was in need of wide-ranging works in order to restore it to a fit state for continued use, and improve conditions for ongoing maintenance.

With a budget of $600,000, the large-scale refurbishment project required earthworks and the installation of infrastructure in order to repair the oval and pave the way for improved maintenance services. As the parkland is used by the local cricket club, construction of a new turf wicket table was also undertaken to restore the oval’s history as a local sporting facility.

Beginning the refurbishment with the spraying out of weeds and removal of the existing vegetation layer, SJM then proceeded with cut and fill earthworks to form new sub-grade levels. Laser grading of the oval base was then completed, providing the level playing field required for the oval.

In order to ensure the oval would continue to thrive, the installation of a new irrigation system was incorporated into the refurbishment plan by SJM. This required the installation of a sub-surface stormwater drainage system, including a stormwater harvesting system for watering the heritage listed oaks along Royal Parade that are a large part of the charm and history of Royal Park.

With earthworks completed and the infrastructure for irrigation in place, SJM then supplied and placed approximately 6000 tonnes of turf sand, including the placement of fertilisers in the sand profile, and levelling the surface through laser grading. Finally an estimated 12,000sqm of Kikuya turf was laid and a new turf wicket table constructed.

The extensive refurbishment of the Flemington Road Oval took a period of 12 weeks to complete. A further 12 weeks of ongoing maintenance, including cutting, fertilising and scarifying the oval, was conducted by SJM before being handed over to the City of Melbourne as completely revitalised parkland.