An elevated public park above a railway is planned for Toronto as part of a new development that also includes plans for a commercial and transport hub. 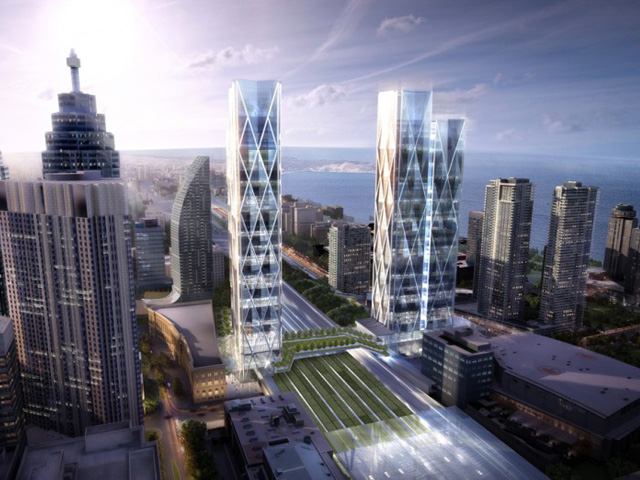 Toronto has plans for a new 250,000m2 downtown development which will include a transit bus terminal, three towers and an elevated park corridor above Union Station. 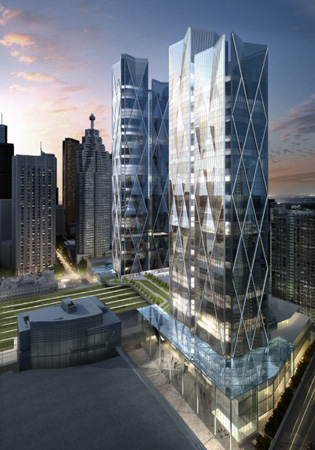 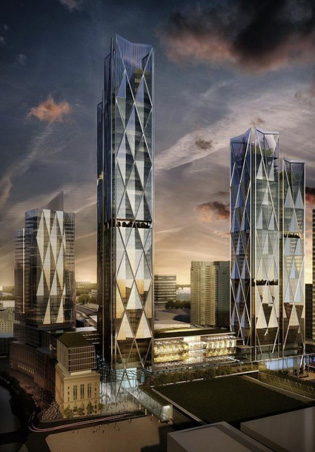 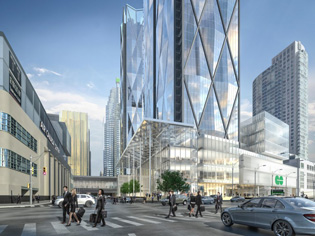 The scheme will include three diamond textured towers of world-class architecture, joined by a pedestrian bridge featuring a park and retail space.

The first phase of the project, on the South side of the railway tracks, would include a major new bus terminal serving Union Station.

The pedestrian bridge will act as a means of connecting the buildings but will also feature a one-acre "Sky Park". The landscaped park will house a restaurant and offer space for recreation and leisure. The towers will also be designed to achieve LEED Platinum certification.

The architectural designs were produced by Wilkinson Eyre, a UK-based firm that is currently working on the renovation of the famous Battersea Power Station in London.

Construction is expected to start in spring 2015 and be completed by 2018.