Following in the footsteps of New York’s High Line, Washington DC is set to get its first elevated park. 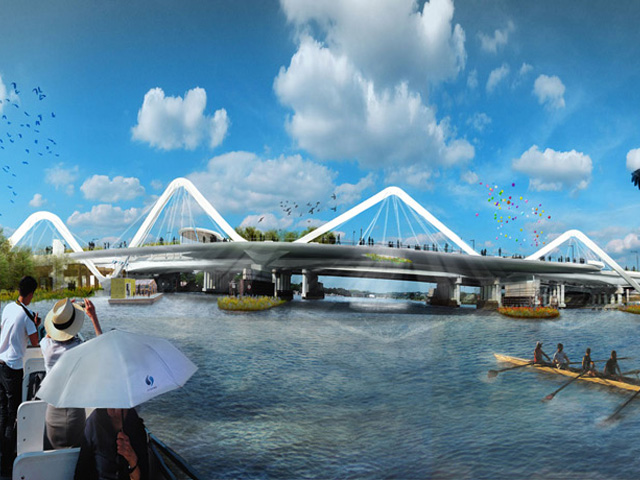 Proposals have been submitted for a new infrastructural project designed to revitalise Washington DC in the same way the High Line has revitalised New York. 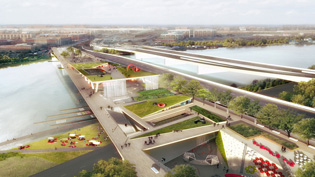 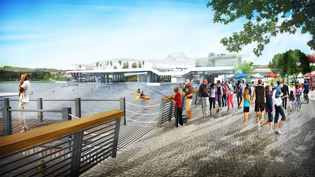 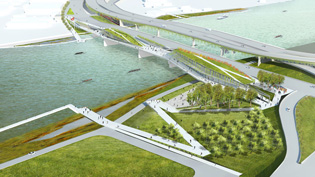 The 11th Street Bridge Park is a new infrastructural project which will span across the Anacostia River in Washington DC, in much the same way as the New York High Line.

The project aims to join the city centre to disadvantaged communities and will also serve as a point of engagement, including public art, an environmental education centre, performance spaces, inclusive play areas, urban agriculture and kayak/canoe launches.

There are currently four finalist projects in the running.

This submission includes a distinguishing wave-like structure which supports an elliptical deck suspended over the river.

Olin/OMA propose two grand ramps that slope from either end of the bridge, creating a series of paths and a giant ‘X’ shape that would serve as an easily recognisable symbol on the river. The intersection point of the two paths shapes the central meeting point of the bridge—an open plaza that provides a flexible venue for markets, festivals, and theatrical performances held throughout the year.

This project features a series of angular walkways and park spaces along the bridge and extending along the eastern bank of the river. Two raised structures pop from the bridge’s main plate, creating space for an environmental education centre and other enclosed features.