CYCLEWAY FOR THE RIVER THAMES


A floating cycle path for the River Thames would give cyclists a safer way to navigate the city as well as tackle London’s traffic and pollution problems. 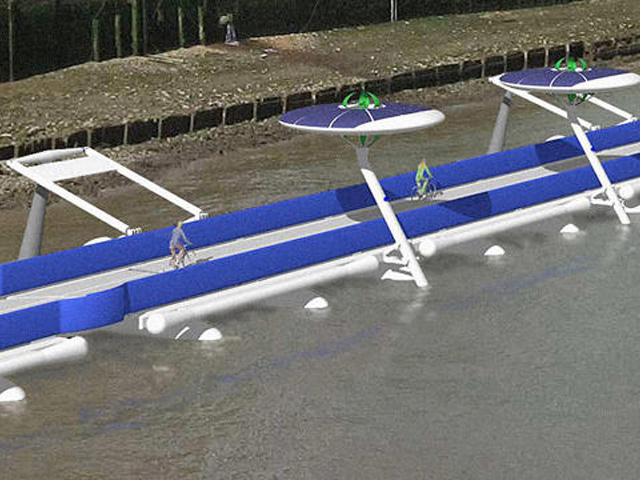 The River Cycleway Consortium have drawn up plans for a cycle path that floats on the River Thames which offers cyclists a safer way of navigating the city, as well as tackling traffic and pollution problems. 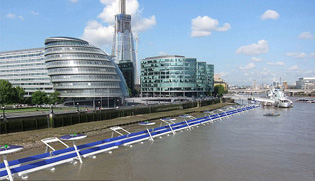 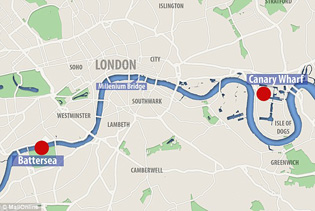 Dubbed the “Thames Deckway”, the cycle path would stretch for 12 km from Battersea to Canary Wharf, and could be pedalled in 30 minutes. The path would rise and fall gently with the Thames natural tide, and sport access ramps to rejoin the embankment at key points along the route.

Refreshment kiosks and stopping points would be available as well as family-friendly bicycle, including infant carriages and kid's bikes. The flat rate single journey price is set to be around $2.40.

Following growing concern about cyclist deaths in London, designers said safety was a number one priority and traffic density, traffic flow, river motion and hazardous weather conditions would be monitored continuously by satellite. The path would also generate its own energy via solar panels, as well as utilising tide and wind energy.

A spokesperson for the project said that the river, once London’s main thoroughfare, is now overlooked for major public transport. “The Thames offers vast, untapped potential to ease and improve London’s infrastructure problems; what is needed is imagination to unleash it.”

If the consortium can secure funds for the project then the Thames Deckway could be up and running in approximately two years.