Studio Fukas’ concert and exhibition venue in Georgia takes inspiration for the conical shape of instruments and the result is a striking conjoined glass and steel tube design that is a real crowd pleaser. 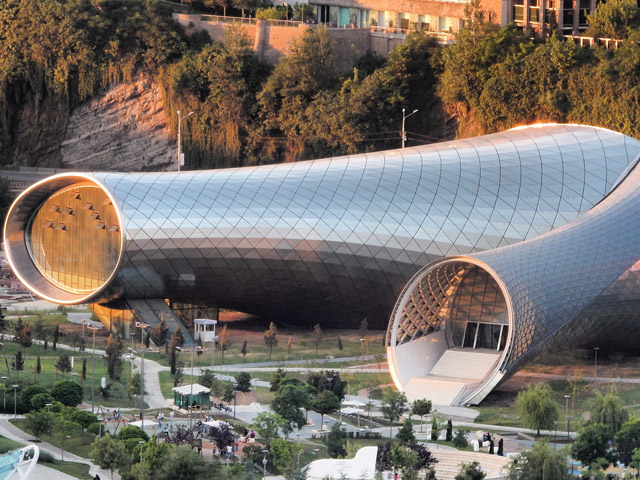 The tubular music theatre and exhibition hall by Studio Fuksas is nearing completion in the Georgian capital, Tbilisi. Architects Massimiliano and Doriana Fuksas designed the cultural complex for a site in the city's Rhike Park. 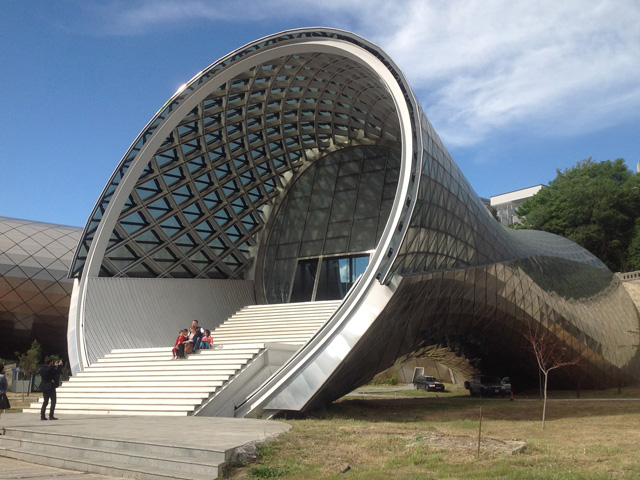 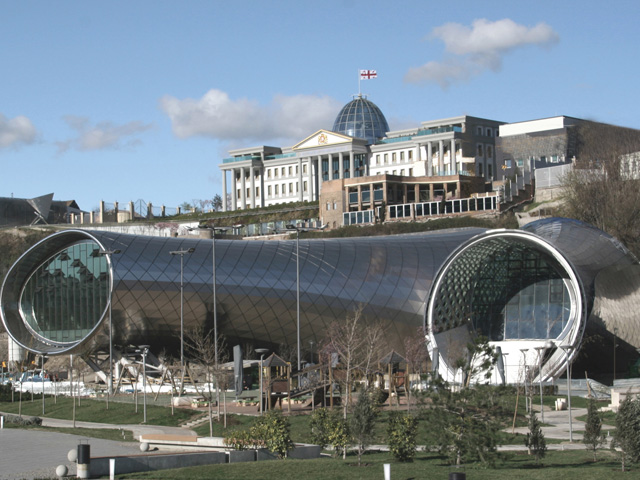 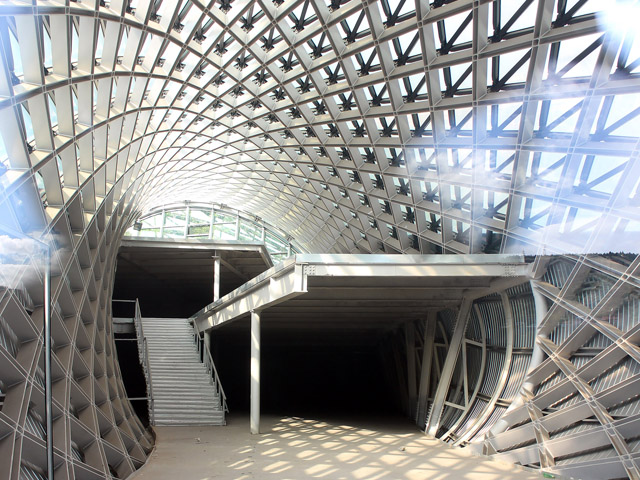 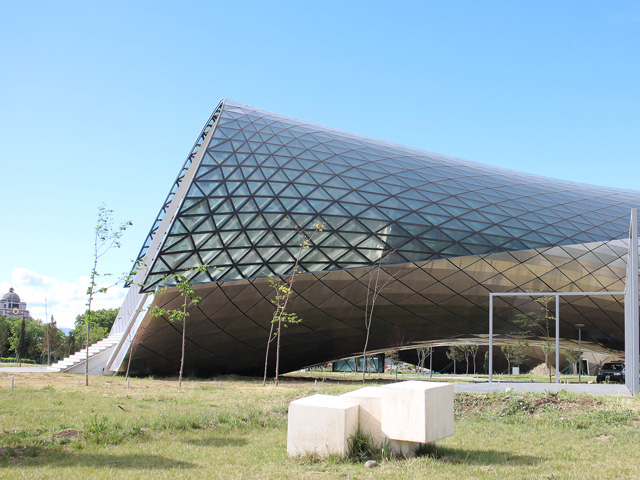 The project has been ongoing since 2010 and is scheduled to complete later in 2017 when work on the interiors is finished. The $57 million building comprises a pair of flared, tubular structures clad in a tessellated pattern of steel and glass panels.

One section of its V-shaped plan points towards the nearby Peace Bridge, which was design by Italian architect Michele de Lucchi and completed in 2010.

The Rhike Park is also within sight of the Tbilisi Public Service Hall – an office building sheltered beneath mushrooming steel canopies that Studio Fuksas completed on the opposite bank of the Kura river in 2012.

An exhibition hall is contained in the southern section of the Tbilisi Music Theatre and Concert Hall, which is entered via a set of steps that ascend into a void facing the park. Locals and visitors are invited to use the concert hall as an extension of the urban park space.

At the rear of the site, the two volumes connect where they meet an existing 13-metre-high retaining wall. The rooflines at this end merge and accommodate an alternative entrance from the main road that separates the park from the Presidential Palace.

The north side of the building is raised to provide a view across the river through a fully glazed curtain wall from the foyer and cafeteria inside. "It is a periscope to the city and looks towards the river framing the historic core of the Old Tbilisi," said the studio.