A radical solution to minimise the impact of waste disposal in New York will potentially add acres of green space back to the city. 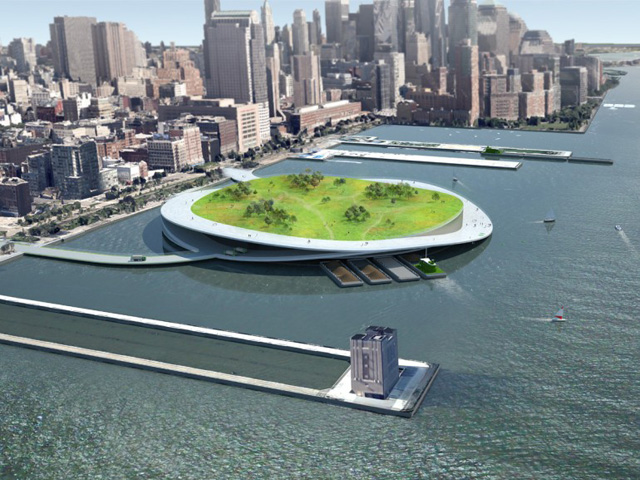 In an attempt to minimise the impact of waste disposal, Present Architecture has proposed a series of composting islands along New York’s waterfront. 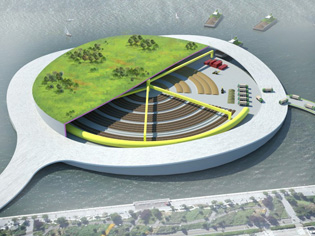 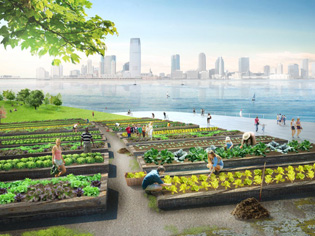 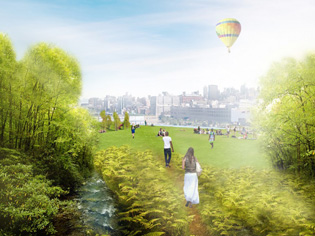 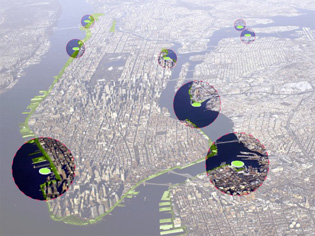 to ensure parity and minimise the distance that garbage trucks have to travel. The composting facilities would process organic waste and the finished compost would be carried away by trains and barges.

The network of composting islands would be known as the “Green Loop” and would potentially add 125 acres of green space back to the city.

The concept was developed by Present Architecture directors Evan Erlebacher and Andre Guimond.  "We set out to design something desirable that people would actually want to have in their communities," said Erlebacher. "The Green Loop doesn't float, but instead is similar to a pier in construction. New York City has less open space per person than nearly every major city in the country. Adding a number of large, high quality public parks in every borough would benefit everyone."

Erlebacher is aware that the Green Loop is a radical concept and recognises that there would be major challenges in getting it off the ground, financing in particular. He explains, however, that gaining support from citizens, grassroots community organisations, and city and state government agencies is key.

"There's no doubt that Green Loop is an ambitious plan, but it's a feasible answer to a real problem," he says. "New York City is already piloting a program for the collection of curbside organics and all of that organic waste will have to go somewhere to be processed."