A new development in China has been designed with ‘walkability’ in mind, and will emphasis it’s network of pedestrian streets. 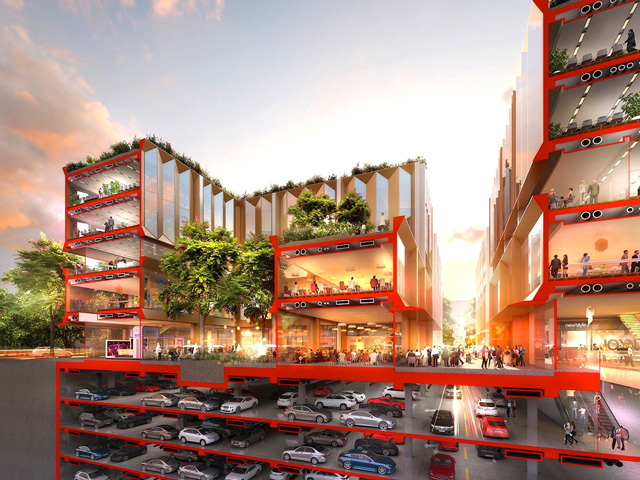 Central China’s most populous city will soon be home to a highly walkable and livable urban paradise. 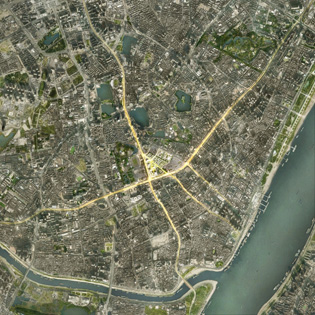 Foster + Partners recently received approval for their master plan of Yuexiu International Financial City, a large and historically significant site in the heart of Wuhan City.

Although the 147,000-square-metre development will have a “distinctive new identity,” Foster + Partners will avoid creating an enclosed ‘city within a city.’ The master plan will seamlessly integrate into Wuhan’s existing urban fabric and community using familiar building forms, streetscapes, and other unique city elements observed from the design team’s analyses.

The mixed-use design will introduce new office and residential towers; a hotel; ground-floor shops, cafes, restaurants; and a series of new public spaces.

“Our aim has been to create a new urban model for Wuhan – a unique and exciting new destination, with a sustainable mixture of commercial and residential uses, but which feels familiar and of its place,” says Luke Fox, Senior Executive Partner, Studio Head. “It will have a distinctive new identity, but one that is inspired by local architecture, history and culture.”

Unlike many parts of urbanised China where automobiles reign supreme, the Yuexiu International Financial City will emphasise its network of pedestrian streets. Road widths will be kept to a minimum to reduce traffic volume. Parking and certain roadways will be relocated below ground.