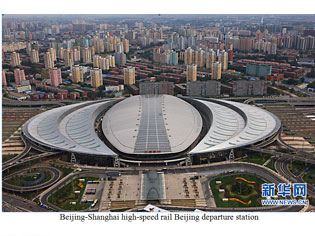 A high-speed train is often talked about here but is a long way away for Australia, however in China, it’s a reality. In December, China launched the world’s fastest train, a super-rapid test train capable of travelling 500 kilometres per hour. The train, made by a subsidiary of CSR Corp Ltd, China's largest train maker, is designed to resemble an ancient Chinese sword. 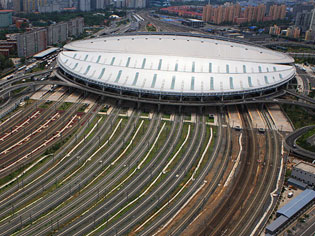 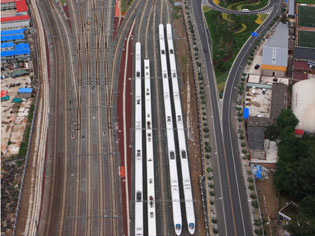 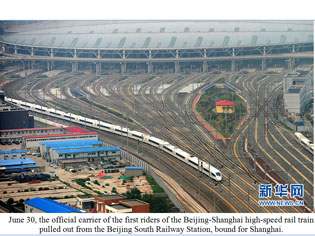 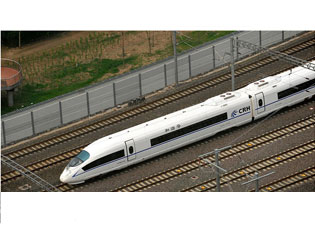 The train consists of six cars reinforced with carbon fibre and has a maximum tractive power of 22,800 kilowatts. The Ministry of Railways claims it has made extensive preparations for safety and security on the trains. Meanwhile, the Beijing–Shanghai High-Speed Railway, a passenger-dedicated trunk line, has reduced the 1318-kilometre journey between the largest cities in China to under five hours. Trains reach top speeds of 300 km/h for the entire trip.


On June 30, 2011, the official carrier of the first riders of the Beijing-Shanghai high-speed rail train pulled out from the Beijing South Railway Station, bound for Shanghai. The train is divided into a first-class car, second-class cars, dining cars, business cars and VIP tourist area. The Beijing-Shanghai high-speed line connects the cities of Beijing, Shanghai and Tianjin, travelling across the provinces of Hebei, Shandong, Anhui and Jiangsu. The line connects two of the country’s most prominent economic areas and forms the busiest railway route. It opened only 38 months after construction began. The high-speed line has 24 stations including Tianjin, Jinan, Xuzhou, Bengbu and Nanjing. The alignment is designed for 380km/h operation, although the initial design top speed has been set at 300km/h.


China is home to the largest network of bullet-train track in the world, with 12,874 kilometres of track linking up the vast country at a cost of 700 billion yuan. This year, China’s Railway Ministry will start construction on 6366 kilometres of new train lines.