Horticultural communications are changing rapidly in the 21st century and it's only by keeping up with these changes that we can make maximum use of some of the most effective marketing tools. In many cases, an editorial mention carries far more weight. 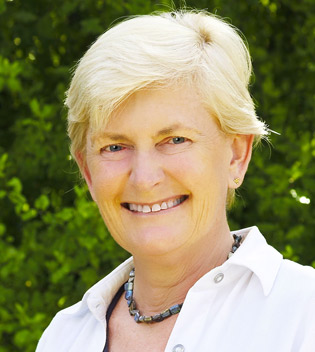 Horticultural communications are changing rapidly in the 21st century and it’s only by keeping up with these changes that we can make maximum use of some of the most effective marketing tools. In almost every case, an editorial mention carries far more weight than straight advertising.

It’s tempting to look back nostalgically to a simpler era when gardening wisdom was dispensed by wise men – and they were invariably male – who had spent years toiling over potting benches and selling advanced plants in kerosene tins. These advisers were armed with weapons such as arsenate of lead and DDT, deadly pest controls that seemed at odds with their gentle demeanours.

Although some of these horticultural sages made the transition onto television screens, it was the advent of talkback radio that saw their knowledge brought to the fore. They seemed never to be stumped, even by the curliest of gardening questions. Talkback garden programs still flourish today, and still feature endless lemon tree problems.

Gardening books and magazines have been around in Australia since the 1800s, but the latter decades of the 20th century saw an abundance of printed information. These days, however, the amount of gardening copy in newspapers is minimal. There’s the constant cry that gardening doesn’t attract advertising. This claim always causes me to look in puzzlement at the pages and pages of copy in the sports section, where advertising is almost invisible!

TV gardening reached its zenith in the 1990s with makeover shows, how-to programs and horticultural voyeurism. This was a golden era for media promotion of our industry, and we live in hope of a return to those heady days.

There’s no doubt, however, that the digital revolution is having the greatest effect on the way we spread gardening messages. More and more the internet is the source of gardening information but, beware, its internationality can be a trap. A plant that’s top of the desirability list for a New Hampshire garden might not even survive in Australia. So we’re still going to need those local experts. Digital distribution of information may seem to be at arms’ length, but the use of social networking sites (such as the ubiquitous Facebook and Twitter) allows more personal touches.

And these days, pictures are considered to be as, if not more, important than the information they illustrate. Generation X (let’s not even mention Gen Y) won’t start reading anything unless they’re lured by glossy pics.

Some relatively recent initiatives have given new life to our horticultural communications. The Horticultural Media Association, which was first established in 1994, has gathered the majority of gardening communicators into state groups (I’m the secretary of NSW) and has become an important point of contact for the dissemination of information about new plants and products. For a relatively modest fee a grower or allied manufacturer can distribute a press release to members around Australia. This provides a conduit to influential people who are always looking for something new and interesting to talk and write about.

Judy Horton is a horticulturist and garden adviser who works for Yates. She is responsible for the Yates Garden Guide as well as other publications. In addition, she writes horticultural PR for Yates, gives talks to gardening groups and does talkback radio in Sydney.