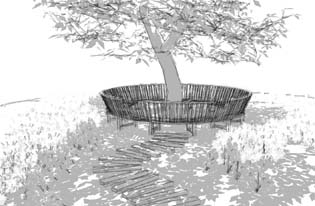 Their 'Sometimes you need to see what’s behind you' garden at Ellerslie is the first competition garden the designers, Britain’s Garden Designer of the Year Andrew Fisher Tomlin, emerging garden designer Tom Harfleet and his artist brother Paul have created outside Britain.

They say the garden will “really challenge” visitors to the 2013 Ellerslie Show, making them think about their landscape and how they respond to it.

Fisher Tomlin, who will also be the Convenor of Judges next year’s Ellerslie show, has won awards for his work throughout the United Kingdom and internationally, while Tom Harfleet, working with his brother, won Gold and Best conceptual garden at Hampton Court in 2010 for his first exhibition, the Pansy Project garden. Tom also won silver gilt in 2011 for his Philips-sponsored Bright Idea garden.

“Visitors tend to have quite individual responses to my gardens; they either don’t get it and walk away angrily or they become quite emotional,” Tom says.

Fisher Tomlin says conceptual gardens allow a designer to use gardens to communicate a different message from the traditional idea of gardens purely for gardening. “They aim to provoke thought and deliver an alternative view through the medium of plants and gardens.

“A number of European shows dedicate a part of their exhibits to this unique form of expression already.”

'Sometimes you need to see what’s behind you' aims to provoke thought and consideration of what a garden might do. They say it is not a garden in the traditional sense and follows a recent European trend towards using gardens as expressions of ideas.

“In this conceptual garden, we aim to turn our relationship with trees on its head with a simple idea. Instead of looking at the wider view from the tree, the visitor is asked to celebrate the beauty of the individual tree itself.

“By taking the traditional outward focused tree seat and turning it inwards, the visitor is encouraged to see what is usually behind them,” they say.

The trio are excited about the garden and says it is a privilege to be exhibiting at Ellerslie.

The 2013 Ellerslie International Flower Show will be held in North Hagley Park from 6 to 10 March. 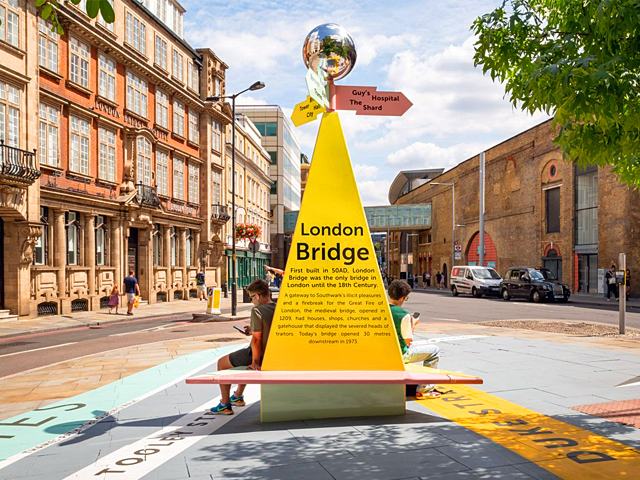