The Middle Branch Waterfront in Baltimore, Maryland US, is slated to undergo a dramatic redevelopment that will create new wetland ecologies and an expansive public space ring that will circumnavigate the space. 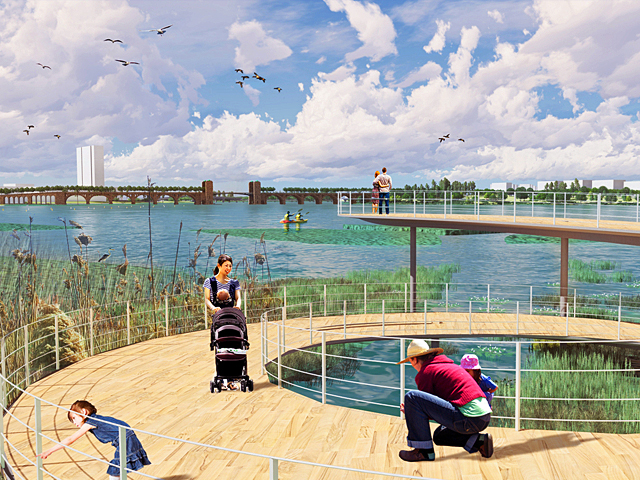 West 8 has won the competition to revitalise the Middle Branch Waterfront in Baltimore, Maryland. The design competition managed and developed by the Parks & People Foundation on behalf of the City of Baltimore and facilitated in coordination with community-based organisations. Working with local partners Mahan Rykiel and Moffatt & Nichol, the team aims to recreate and redefine the blue green heart of Baltimore.

“Existing dredge from the Port is strategically reused to control water and sentiment flow in the bay,” explains West 8 Project Leader, Douglas Brooks. “Over time, this process will form new marshlands and wetland ecologies. Building on the legacy of Frederic Law Olmsted, the design imagines a Linear Parkland – an expansive 17km green ring featuring piers, boardwalks, and structures for a fixed array of community uses. A community-centric development embellished with activator sites, pavilions and project icons borders the parkland.” 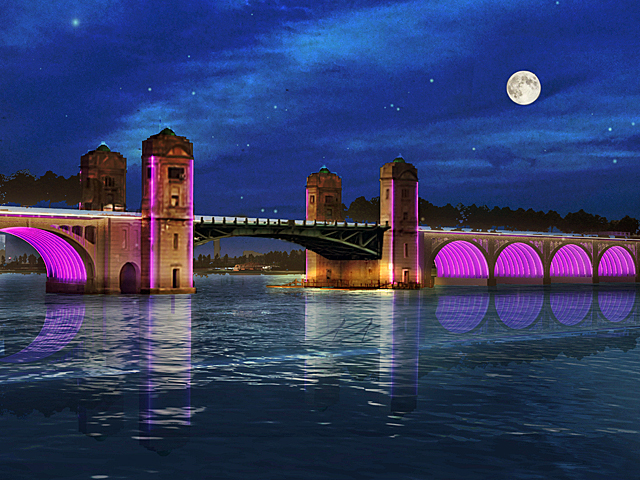 “A future phase of the design reimagines the iconic Hanover Street Bridge as a park, which completes parkland ring and connects people from all walks of life to each other and to the Middle Branch," adds West 8 Design Director, Adriaan Geuze. 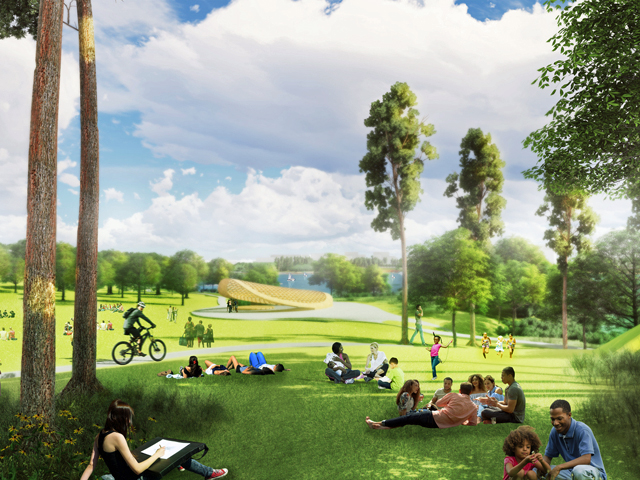 "I am extremely excited to learn the jury recommended West 8 as the landscape architecture firm to advance the Middle Branch Waterfront Plan," said Mayor Bernard C. Jack Young. “We received three impressive proposals, but I agreed with the jury or community leaders and experts in the field that West 8's vision most closely aligns with what residents want to see in their communities.” 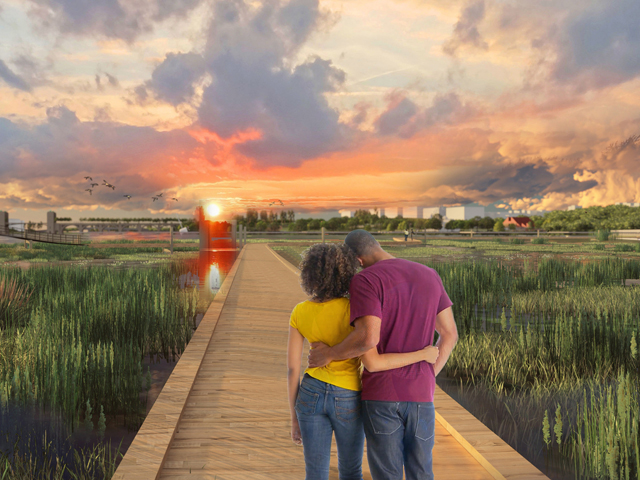 Three teams were ranked by a jury of local leaders and national experts. Each of the firm's proposals were evaluated for technical merit, feasibility of the ideas, ability to integrate community feedback, originality of design vision, responsiveness to the competition's objectives to the site and its context, as well as the overall quality and clarity of the presentation materials. 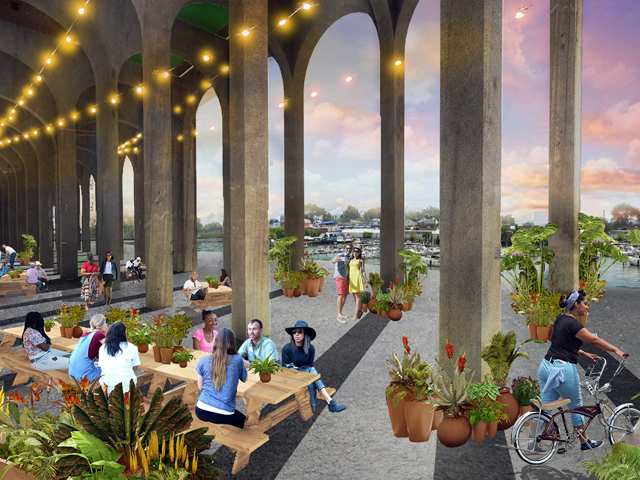 Via ArchDaily | Image courtesy of West 8 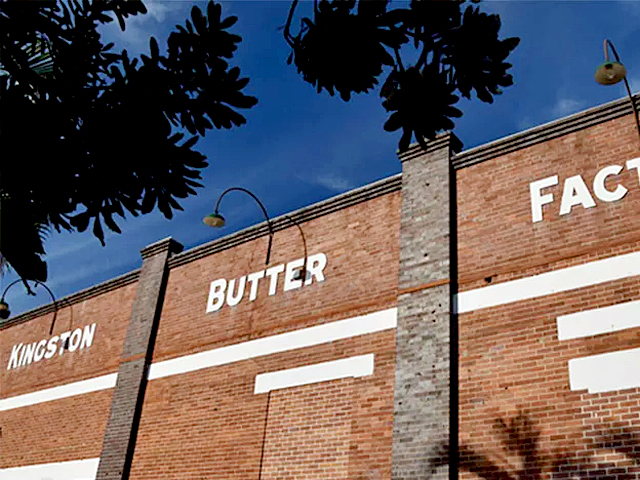