Barangaroo is an opportunity to reinvigorate Sydney’s position as a global city and a financial hub in the Asia Pacific. 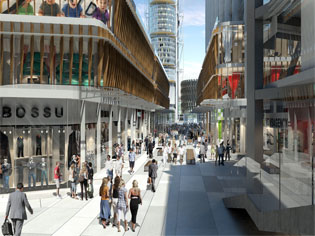 Barangaroo is an opportunity to reinvigorate Sydney’s position as a global city and a financial hub in the Asia Pacific by generating jobs, boosting the economy and creating a vibrant new place to live, work and play. 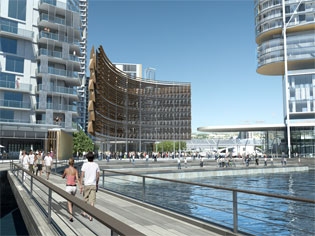 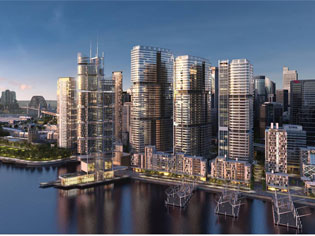 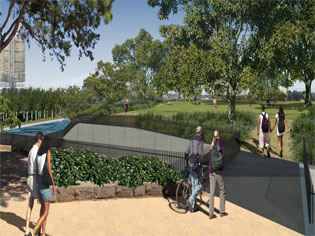 The $6 billion transformation of Barangaroo will reaffirm Sydney’s standing as a global city and attract new investment. It will also restore public access to a part of the harbour that has been locked away for more than a century.

Over time, 23,000 people will live and work in the precinct with 33,000 people expected to visit Barangaroo each day – that’s 12 million people a year.

Barangaroo will be the first precinct of its size in the world to be climate positive. The development will generate and export more water than it uses, deliver zero waste to landfill and achieve carbon neutrality by generating renewable energy.

Cutting edge design and world-class sustainability measures make Barangaroo one of only 17 Clinton Climate Initiative Projects in the world.

The precinct’s harbour side promenade completes the 14km harbour foreshore walk from Woolloomooloo to ANZAC Bridge. This 22 hectare site is owned by the NSW Government and managed by the Barangaroo Delivery Authority.

• A grand harbour park for Sydney with continuous waterfront promenade
• Inspired by the 1836 shoreline, the entire headland will be planted with native bushland and edged by rocky sandstone ledges and tidal pools
• Includes a new cultural centre built within the headland, as well as bush walks, picnic areas, walking paths, water access and tidal pools
• Six hectares of parkland, opening in 2015

• Currently home to a temporary cruise passenger terminal which will relocate to White Bay in 2012
• A cultural and civic focal point for recreation, relaxation, events, festivals and entertainment
• Continued strategic planning and community consultation will help determine the best sue for Sydney