An abandoned highway will be transformed into an elevated public park, populating the overpass with 254 different species of greenery. 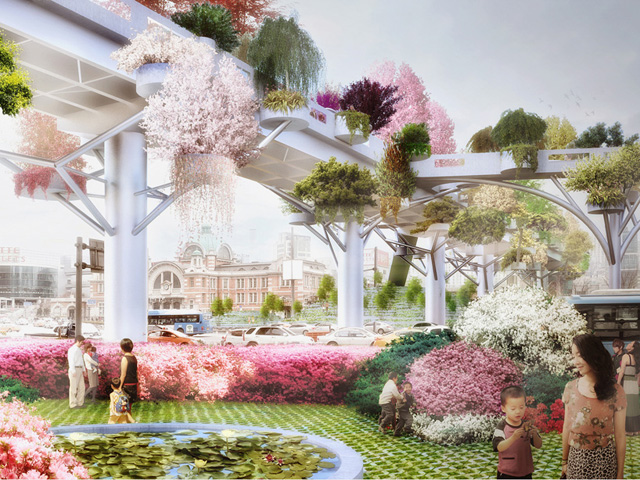 Dutch studio MVRDV has been chosen to transform an abandoned section of highway in Korea into an elevated public park. 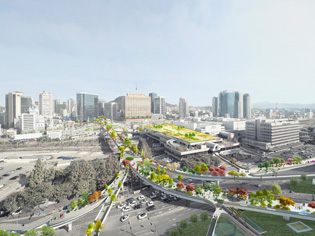 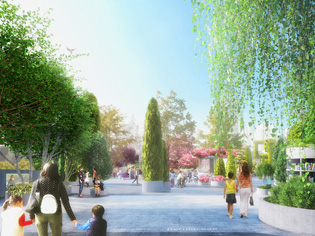 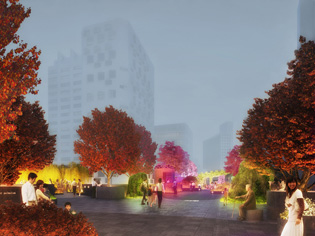 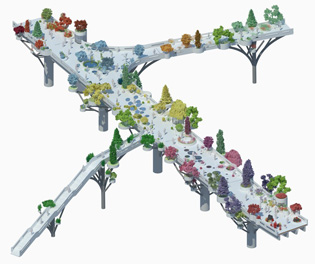 Named the ‘Seoul Skygarden’, the design populates the overpass with 254 different species of trees, shrubs and flowers to create an urban arboretum that can be enjoyed by the entire city.

Organised according to the Korean alphabet, a library of plants makes legible the natural diversity of the city, allowing citizens to interact with, and discover new species. The new overpass also serves to reduce the 25 minute walk around the neighboring railway station to just 11 minutes, while it is forecast to generate 1.83 times the cost of its renovation and maintenance in economic benefits.

The existing structure was built in the 1970s to provide a vehicular connection to and from the local Namdaemun Market, one of the region’s largest traditional points of trade. Following intensive safety inspections in 2006, the City of Seoul deemed the 17-metre high structure unsafe and intended to demolish it, banning heavy vehicles’ access to the elevated roadway in 2009. Further consultation with residents and experts led to the regeneration of the overpass – which totals 9,661 square metres in area – into a pedestrian walkway and public space, with a design competition launched in 2015.

The contest-winning scheme from MVRDV makes the space as green as possible while introducing new leisure functions that require a modular and adaptable approach. In addition to circular plant pots of varying sizes, a series of customisable activators such as tea cafés, flower shops, street markets, libraries and greenhouses will provide a catalogue of elements designed to enliven the skygarden.

“The Seoul Skywalk will change the daily lives of many people in Seoul for the better,” explains Winy Maas, principal architect and co-founder of MVRDV. “They will have a pleasant shortcut through a green oasis in the midst of all the traffic and concrete. It is a walk through a park, a living dictionary of the natural heritage of Korea, connecting the city dwellers with nature. Part of the project is a nursery in which plants will be raised for the surrounding parks; in this way the skywalk will help to make green the entire city centre.”

Additional structures such as stairs, lifts and escalators as well as new satellite gardens, can connect to the skygarden, sprouting like branches from the existing structural piers. These extensions can help generate further additions to the area’s greenery and public spaces, as it continues to evolve over time.