The new Metro and Harbour Rail line are set to connect the city and transport it into the future. Large scale underground developments for Sydney Harbour connect the four corners of Sydney in a project that is polarising supporters and critics alike. 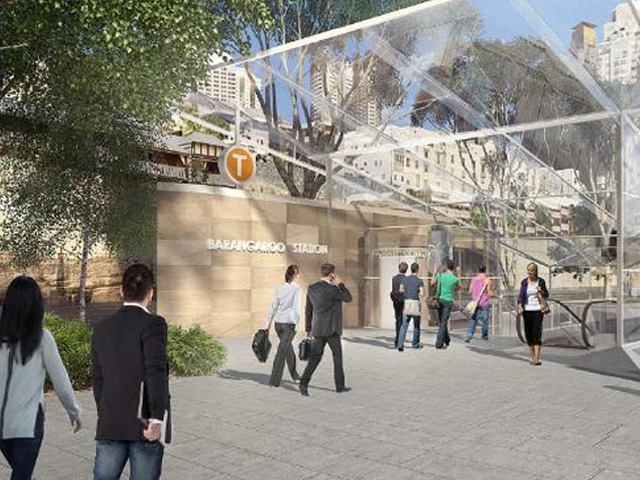 Approval has been given to an impressive $12bn rail project in Sydney which the NSW Government has said: “will rival any megaproject across the globe”. 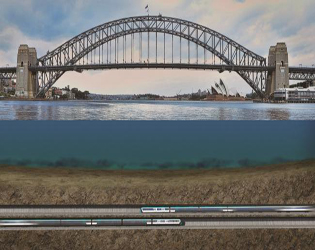 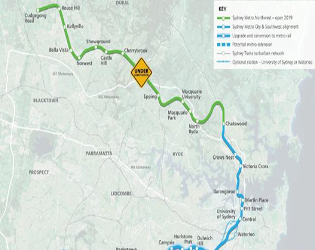 Scores of buildings in Sydney’s CBD, some as high as 22 stories, are being pulled down to make way for the newly approved 15.5km line linking Chatswood, on the North Shore, to Sydenham, in the Inner West.

This new line will be the first railway to travel underneath Sydney Harbour and will feature six new stations at Crows Nest, Victoria Cross in North Sydney, Barangaroo, Martin Place, Pitt St, and Waterloo, as well as a new at Central Station. In addition to this expansion, the line will connect with stage two of the Sydney Metro project. A currently under construction line in north-west Sydney that connects with the city’s south and south-west.

At the time of approval, the Minister for Transport and Infrastructure Andrew Constance welcomed the green light.

“This is an unprecedented boost to rail capacity for our great city, he said. “The scale of this project will rival any megaproject across the globe, and today marks the start of even more grunt work.”

And grunt work it shall be, in addition to works already under way in the CBD and greater city of Sydney, Construction sites will be established in the CBD with five tunnel boring machines carving and constructing new twin tunnels.

After the laborious ‘grunt’ work is completed and the Metro is open for travel, Metro trains are projected to run every two minutes in each direction from the Sydney CBD and 31 metro stations from Rouse Hill to Bankstown. If successful, this schedule and increase in transit service will put Australia on par with global hubs such as London, Hong Kong, and New York City.

The project is not without criticism however, many locals and transport users are nervous about the scale and scope of the project, whereas some industry figures such as Greens NSW MP and Transport spokeswoman Dr. Mehreen Faruqi believe the Government would do better investing in improving the existing network to reduce travel times.

“The NSW government is steamrollering ahead with its unscrutinised, ill-conceived agenda to rip up our public rail network and replace it with a privately-operated, lower capacity metro which barely expands public transport access,” she said.

“Instead of investing the $12bn in expanding public transport to underserved areas like Western Sydney, Stage two of the Sydney Metro mostly replaces existing lines and builds stations in the North Shore and City that are already well serviced.

“The Transport Minister is more interested in winning the contests of ‘megaprojects’ than actually meeting the transport needs of the people of NSW.”

Dr. Faruqi also found fault with the new line for being designed for single-decker trains, this ensures the facility becomes inoperable with rest of the network. Concerns from other members of parliament and the public have also voiced criticism regarding early budget blowouts. In May 2015, former NSW Premier Mike Baird revealed the cost of the new CBD link and the conversion of a rail line in Sydney’s south-west, as part of the wider Sydney Metro project, had risen from around $9b to approximately $12bn.

Regardless of the budget and criticisms the impressive scope of the project would certainly see and improvement in rail accessibility for inhabitants of the Greater Sydney area. Stage one, an $8bn link from the Hills District to Chatswood is already under construction and due to open in 2019.

Planning Minister Rob Stokes said the go-ahead for the project ensured Sydney was being prepared for the future. “This project has been approved subject to some of the highest sustainability provisions in the world,” he said. These provisions will see that greenhouse emissions by electricity consumed by the metro’s operation must be fully offset.

Stage three, from Sydenham to the city’ south-west taking over the current Bankstown rail line is yet to be approved and the planning process for the conversion and upgrade of the Bankstown line to metro standards will start in 2017.