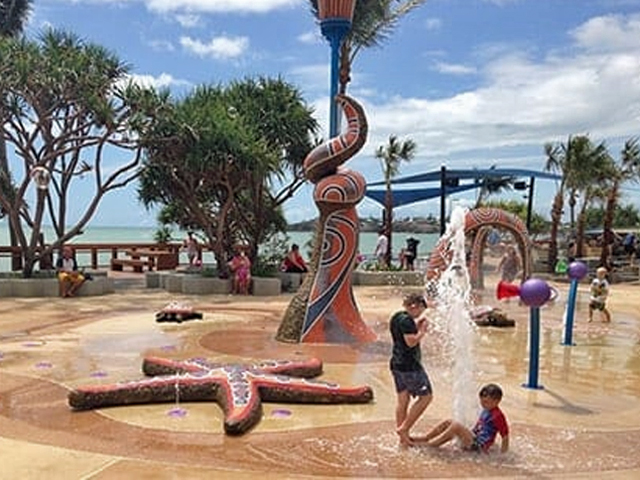 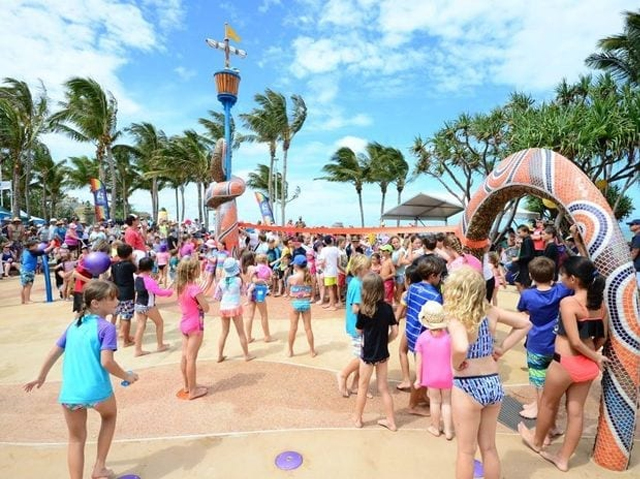 The challenge of the Yeppoon project was to produce large wet-play sculptural icons of local significance that would meet Australian Playground Standards. The brief called for a concrete substrate with no soft-fall, requiring the tall sculptures to be designed as unclimbable, but still inspirational and with great visual impact.

Natureworks is renowned for its exacting replication, to museum standard, of all forms of animal art; however, for the Yeppoon project, Natureworks branched out beyond its traditional realm of realism and ventured into the world of abstract contemporary art.

Each sculpture created for the playground (water play space) was designed with a 75-year lifespan. They incorporate stainless steel armatures, reinforcing heavy-duty polymer-modified 75mpa concrete, to withstand strong weather conditions. The solid forms were then overlaid with a bronze sealife appliqué and colourful mosaics to provide a spectacular surface finish.

The hero piece of the Yeppoon series is the ‘Keppel Kraken’. At a height of 4m, this central sculpture towers over the other elements, periodically dumping an avalanche of water over the unsuspecting children below. An additional series of intermittent spray and jumping jets of water add more surprises and a ton of fun to this magical sea-creature inspired sprayground.