Crowdfunding now represents a ‘huge opportunity’ for architects looking to get public projects off the ground.

“A lot of people see the potential of crowdfunding to get the public involved in a project the public will use,” said Sophie Paton, part of the team behind the Thames Deckway project. “It’s a trend that will keep on growing,” she predicted. 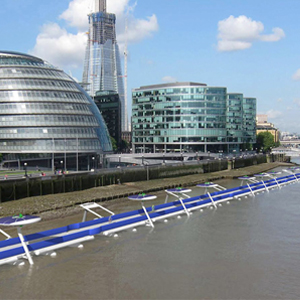 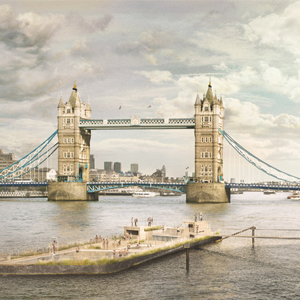 Next month the Thames Deckway, a proposed floating cycle route through the heart of London, will turn to Kickstarter to raise £250,000 in funding for the first phase of a feasibility study.

“Crowdfunding is definitely a huge opportunity for people who want to get ideas off the ground, to show the feasibility of an idea and demonstrate the public support behind it,” Paton said.

Paton said the decision to turn to crowdfunding sites was partly inspired by the success of the Thames Baths project, a proposal for a floating public swimming pool on the River Thames in London, which raised over £140,000 on Kickstarter in a just a few weeks.

The Thames Baths concept was unveiled in January 2014 but it was the Kickstarter campaign, which launched in April this year, that gave the project both funds and impetus.

“It’s transformed the practice,” said Chris Romer-Lee, architect and project co-founder. “The contacts we’ve had around the world have been extraordinary. It’s opened doors we never imagined. We’ve got incredible press and amazing exposure. We’re getting jobs on the back of it.”

Besides generating money, the crowdfunding campaign established a global network of people who believed in the project and wanted to help make it happen. 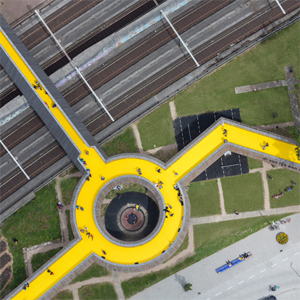 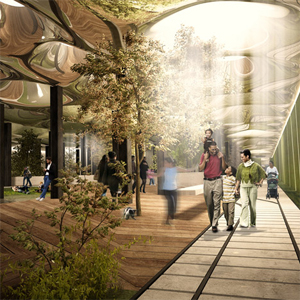 Crowdfunding platforms, which have long been used by designers to get small-scale manufacturing projects off the drawing board, are suddenly awash with public infrastructure projects.

Back in June, the creators of the proposed Lowline subterranean park in New York turned to Kickstarter to fund technical development of the project.

In July, the architects behind the Luchtsingel pedestrian bridge in Rotterdam claimed their design as the first completed infrastructure project to be partly funded by crowdfunding. Initial funding for the project came via crowdfunding, after which the city put up the rest of the money.

Dutch designer Daan Roosegaarde turned to Kickstarter to fund a pilot project for his Smog Free Tower concept – which aims to remove pollution from the air above cities. 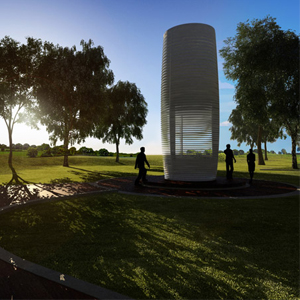 Roosegaarde reached his target of €50,000 in just a few weeks. The pilot project has opened in Rotterdam and additional funds will be used to take the tower to different cities.

“The most important thing is getting the engagement of the crowd,” Roosegaarde said. “Backers become ambassadors; they share and support the project. If you only do it for the money, there are better ways to do it.”

Dozens of smaller projects in the UK are seeking funding via Spacehive- a crowdfunding site
dedicated to public space projects.

Back in London, Chris Romer-Lee will soon be crowdfunding another project, this time to rebuild the open-air swimming pool at Peckham in the south of the city.

Romer-Lee believes that crowdfunding is destined to transform the way public-spirited projects are initiated. “It changes the game because it allows small practices and community organisations to get in amongst the big players,” he said.