Rainwater gardens are set to vastly improve the water quality in NYC. A city that virtually screams ‘technologically advanced’ it’s hard to believe New Yorkers haven’t quite figured out how exactly, and effectively, to keep sewage and stormwater separate and avoid Combined Sewage Overflow (CSOs) resulting from heavy rainfall. Architect Ate Atema recently released a TED Talk with a revolutionary take on how to combat the problem, a project called ‘Street Creeks.’ An underlying and reoccurring concern for Atema is the notion of stormwater and sewage contamination. When heavy rainfall causes an excess of stormwater to mix with waste water to a degree that Sewage Treatment Plants cannot handle, the result overflows untreated into NYC waterways. Yearly, this adds up to in excess of 27 billion gallons. Atema fervently floats the need, if you’ll excuse the pun, to tap into the huge resource that is stormwater.

With prior experience mostly in home and office architecture, Atema was inspired in 2011 by a competition that left him thinking about how to solve urban-scale problems. Although he didn’t win the competition, it was a jumping-off point for Atema that saw him continue work in an area by which the community profits.

The idea of the Street Creeks is to build inexpensive and uncomplicated curb side rainwater gardens, bioswales in effect, scattered throughout NYC equipped with flush channels to manage stormwater and offset congested stormwater drains and street flooding. By happy coincidence we are left with junctions of colourful vegetation in a habitually building dense city.

Disguised as pretty gardens lining a portion of the sidewalks, bioswales work to separate and clean rainwater. The “first flush” of a downpour in particular is often littered with surface pollution; however Street Creeks will divert the runoff into shallow tanks which then feed into the gardens on each block filtering the water. Finally the clean water free of surface pollution and particles filters down through the garden and into the drains beneath. Atema’s design uses gravity to move the water rather than energy in an effort towards conservation.

Atema himself is currently in “high level talks” with the NYC Government to locate an area suitable for a Street Creeks Pilot, sounding confident that the NYC Government is eager to support the project and showcase to the rest of the world, leading by example, the importance of researching and implementing green infrastructure. The NYC Department of Environmental Protection (DEP) is evidently on the same page, having already installed 255 bioswales. Furthermore, due to results that well exceeded expectations the DEP is quickly unrolling a further 2000 bioswales to the areas of Brooklyn, the Bronx and Queens.

With projects like the High Line and the proposed park on Pier55 (both in New York) captivating peoples’ imaginations and pushing the boundaries it’s no surprise Ate Atema feels the bar has been distinctly raised when it comes to urban design. Motivated by a desire to “explore how to integrate ecology with human needs at an urban scale,” Atema puts forth some exciting ideas and I’m excited to see where they go. 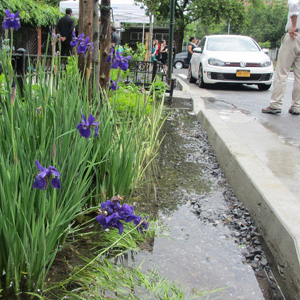 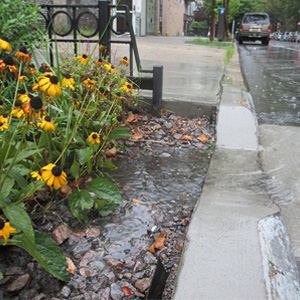 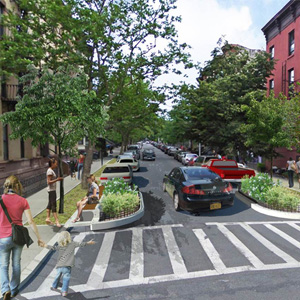 How to Apply DDA to Street Furniture: Seats and Tables Sep 26, 2019