Landscape architects need to fly the flag for their profession if they are to receive the recognition they rightly demand and deserve, says Charles A. Birnbaum, president and CEO of The Cultural Landscape Foundation. 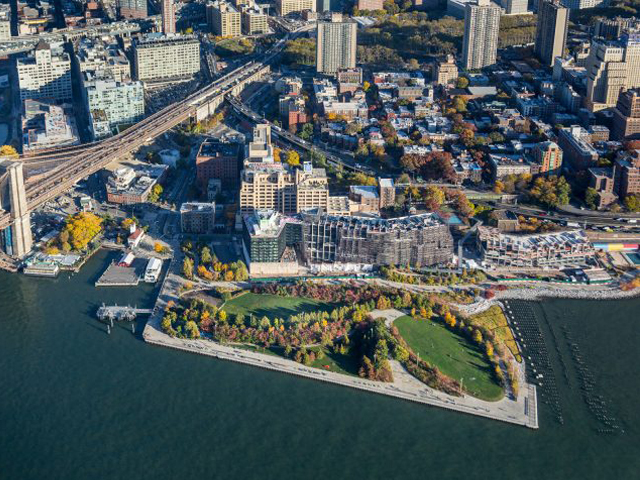 One would think there are bigger problems for a profession than self-esteem issues, but WLA tells us: “Landscape architects are often conflicted as they seek to create better places often thinking of the profession as a vocation and therefore wish to be humble achievers in the background rather than our colleagues in other professions who seek the limelight, we often don’t promote our role and [we are] also not acknowledged by architects or clients.”

The WLA article suggests several ways to promote the profession, but there’s still an inferiority complex laced into the messaging – “humble achievers in the background” makes landscape architects seem like wallflowers at the prom.

This is not to say the lack of recognition for the profession isn’t real. Tom Campanella, author of a book on the landscape architecture team Clarke & Rapuano (designers of New York City’s Brooklyn Promenade and other important works), wrote that Robert Moses – the city’s mid-20th-century planner – often took credit for the firm’s projects, which “used to drive Clarke crazy”. The great landscape architect Laurie Olin has likened the profession to being “the good wife” — supportive and working quietly/diligently behind the scenes.

Here’s an eye-opener. Since 1985, there have been some 350 recipients of the National Medal of Arts, the highest award given to artists and arts patrons by the US government; twelve architects have been honoured, compared to only four landscape architects: Ian McHarg (1990), Dan Kiley (1997), Lawrence Halprin (2002) and Laurie Olin (2012).

Rather than cry, the profession should buck up and take charge of the messaging. We can’t just rely on others – especially architecture-centric media – to tell our story. And there are indeed great stories to be told about landscape architecture, a profession that is integral to the ongoing urban renaissance and to mitigating the effects of climate change, social equity, and other issues. 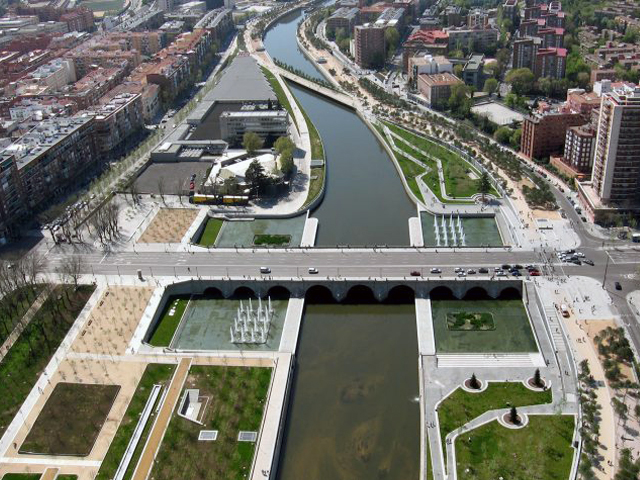 We can also claim credit for what is arguably 19th-century America’s greatest work of art – Central Park in New York City, originally designed by Frederick Law Olmsted Sr, and Calvert Vaux (it also includes the work of many important sub-consultants, like horticulturist Ignatz Pilat and engineer George Waring).

Here’s our challenge: to increase the visibility of landscape architecture we need to increase the legibility of the designed landscape. Landscape architecture is an innately ephemeral art that involves constantly changing components – light, temperature, seasonality, ecology, hydrology, soil, spatial orientation, social organisation, growth and decay, etc – and one that requires maintenance and management.

The profession should buck up and take charge of the messaging

So, what can we do? First, to all those practitioners who bemoan their lack of credit in the media: make sure your project contracts state that any and all publicity will include mention of your work, including the press releases, tweets, Facebook postings, etc (and you should approve of the language describing your role).

If there’s any permanent signage or placards associated with the project, make sure your name is on it, right beside the names of the architects and any others credited. In addition to getting it in writing, put it in writing. For decades I’ve said “publish or perish”. We know about design philosophy, artistic intent and the built works of Oehme, van Sweden because James van Sweden was a prolific author.

And if you can draw, too, that’s even better – just look at the insightful and beautifully illustrated writings of Lawrence Halprin and Laurie Olin. If we’re going to make places visible and valued, it’s our responsibility to tell the story and frame the narrative.

We need to increase the legibility of the designed landscape

As for our built legacy, not everything will or should survive. However, if an historically significant designed landscape is going to be lost, it should be documented to Historic American Landscape Survey (HALS) standards. That’s the case for the Hanna/Olin-designed Pershing Square in Downtown Los Angeles, which is slated for a complete overhaul.

Unfortunately, it’s too late for the nearby Lawrence Halprin-designed Wells Fargo Center atrium, the only project of its type in his six-decade-long career, which was suddenly demolished late last year. What does it say that part of the legacy of a celebrated recipient of the Presidential Medal of Arts can be demolished without debate? But that is the subject of another column.

To understand where the profession is going, we have to know where it came from, and The Cultural Landscape Foundation has made it a priority to gather this knowledge before it’s too late. To date, they’ve produced a body of contextual knowledge that includes 15 video oral histories with notable practitioners, and have documented more than 2000 designed landscapes in their What’s Out There database, which is supported by 11,000 images and more than 1000 biographies.

The great modernist landscape architect Thomas Church once quipped about the relationship of landscape architecture to architecture as “parsley around the roast”. That perceived second-class-citizen status is thankfully evaporating – West8′s Madrid Rio (main image), Michael van Valkenburgh & Associates’ Brooklyn Bridge Park, and many other projects globally are demonstrating that the future lies in going horizontal, not just vertical.

So, let us work collaboratively and individually to raise the visibility of the profession. Rather than offer up some “What Colour Is Your Parachute?” inspired bromides about self-empowerment and self-esteem, I’d like to suggest that the profession consider this line from the great American drag queen and philosopher RuPaul: “If you can’t love yourself, how in the hell you gonna love somebody else?”

Can I get an Amen?

Article written by Charles A Birnbaum and extracted from Dezeen.

Previous postAre Our City Investments About to Have a Kodak Moment? Next postSmart City Strategy