Major Changes to Cities in the 20s | Trend Forecast

A drop in car ownership, smaller houses, walkability impacting property prices, residential blocks atop shopping centres, and ‘mini Melbournes’ in outer suburbs. These are the city trends that will begin to emerge next year and mark the beginning of a new decade in urban planning. 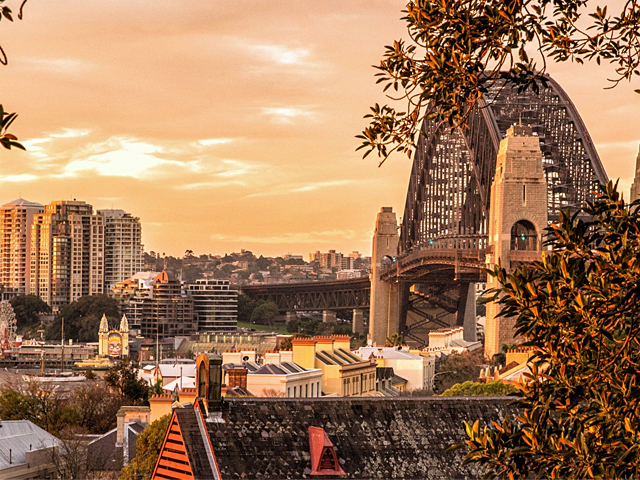 The forecasts come from one of Australia’s most experienced and multi-award-winning urban planners and designers, Mike Day, cofounder and director of urban planning and design consultancy RobertsDay. Mike says: “Next year is the start of a new decade. What takes place in the next 12 months will set a precedent for the next 10 years. As our population grows, and innovative new technologies and ideas emerge, future generations will look back at the 2020s and point to it as a decade that reshaped our cities – especially our outer suburbs – more than any other decade in the last century.

“The most significant changes will come about as a result of an increase in our population, more compact housing, a drop in personal car ownership, and a desire for health and wellness in our communities. Up until now, communities have been built around vehicles. Now, they will be built around pedestrians, cyclists, and ‘light’ modes of public transport such as e-bikes, trams and buses. Millennials and Baby Boomers will drive the demand for these changes.” 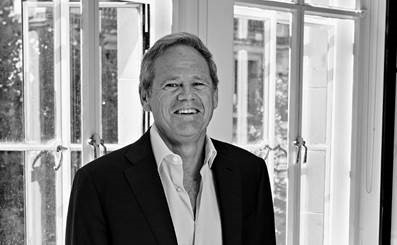 Mike Day reveals his 10 city forecasts for 2020 and beyond:

1 | ‘Mini Melbournes’ will emerge in our outer suburbs. Mike says that cherished inner neighbourhoods in Sydney, Melbourne and Brisbane are in demand not just because of their location. Their layout of small parks, little main streets, terraces, shop-top housing, laneways and public transport at their doorstep are highly attractive to residents. From 2020, designers and developers of fast-growing new communities in outer suburbs will use inner-city area templates to create equally attractive new communities, which will ‘urbanise the burbs’.

2 | The growth of ‘mixed-use’ developments and the emergence of ‘overlapping use’ buildings. Next year, more mixed-use developments will emerge to create self-sufficient communities framed around walkability. Good recent examples are Kinley, Williams Landing and Burwood Brickworks in Melbourne and Fairwater in Sydney. In addition, State Government planning systems are already beginning to change and promote ‘overlapping use’: the creation of residential properties on top of retail and commercial sites, and vice versa. The most common examples will be residential apartments constructed on top of shopping centres. Mike says this will also help to reinvent shopping centres.

3 | Climate, environment and health will direct planning decisions. Australia is one of the 193 countries that adopted the 17 Sustainable Development Goals by the United Nations General Assembly for 2030. Mike says that, at the same time, the public is beginning to expect organisations to have a stronger purpose by responding to climate change. In 2020, air quality, water quality, waste management, green spaces, public spaces, public health and more will impact developer and urban planning decisions. The most enlightened urban developers Mike and his team are working with are focused on ‘Planet, People, Purpose and Profit’.

4 | Lower rates of private vehicle ownership. We will see a shift away from car-centric communities as more Australians in their teens and 20s will defer – or opt-out of – getting a driver’s licence if they reside in a compact, connected, mixed-use, walkable neighbourhood. Mike says the loss of interest in personal vehicle ownership will be largely due to the cost of owning and maintaining cars and traffic congestion. The RACQ has estimated that a small car costs more than $6000, and a medium-sized car more than $10,000 a year to run – this is equal to servicing approximately $100,000 of a mortgage.[1] ‘Affordable living’ is now the catchcry, rather than ‘affordable housing’, as the cost of transport in the growth areas of our capital cities now often exceeds the cost of housing.

5 | Growth in sustainable and affordable mobility-on-demand in our suburbs. The slowing interest in car ownership is also due to growing and widespread on-demand technology-supported transport options such as Uber and electric bikes and scooters, and affordable public transport initiatives such as trackless trams. Mike says trackless trams cost taxpayers just one-tenth of the outlay required for traditional trams – enabling Governments to afford to place them in outer suburbs, not just inner cities. This will help support growth in more compact housing in 2020.

6 | Townhouses are the big trend for 2020. With home buyers’ growing lack of trust in new apartment blocks, due to recent construction crises, and their desire to have a direct street frontage and an urban courtyard, more developers and housebuilders will produce townhouses. Mike says the unique benefits of townhouses are that they can be strata-free, enable residents to engage with each other on streets reclaimed for walking as cars are garaged at the rear, more than occupants of apartments and houses. Their sizes can range from 80sqm up to 400sqm, and they are relatively affordable – an 80sqm townhouse can sell for as little as $300,000 (depending on the location).

7 | An increase in transit-based walkable neighbourhoods. Pedestrian friendliness will be a major benefit that property buyers will start to look for. With this, will come an increase in public spaces, and will give communities a sense of identity and a soul.

8 | A good Walk Score will add $30,000-$50,000 to individual property values. If you haven’t yet heard of Walk Score, you will in 2020. This is a system, with a score from 1-100 that measures the ease of walkability of any address to residents’ daily needs, such as schools, shops, parks and places of work. A Walk Score of 70, for instance, indicates that there is transit and therefore is the threshold that a resident at that address can access important amenities without the need for a car. Just like a property’s proximity to good schools, a high Walk Score value will be an asset that will add value to a property. Every point above 70 is worth between $700-3000 in value for a property. Mike says more than 30,000 real estate agents in North America and Australia use Walk Score, and local property buyers and renters are already beginning to seek properties with a score of over 70.

9 | Separation of roads, bicycle paths and pedestrian paths. Mike says a segregation of roads, cycleways and pedestrian paths has been established and is working in Europe and will begin to grow in Australia’s major cities. Banning cars entirely from CBDs, which has been debated for year, is an overreaction. As the health and wellness of residents will become a major focus for urban planners, designers, councils and developers, we will see the emergence of walking and cycling ‘superhighways’ (continuous paths) from next year to foster physical activity and social cohesion.

10 |A return to smaller homes and centralised amenities for communities. Mike says homes have doubled in size in the last 20 years, as we’ve tried to cram home theatres, pools, coffee hubs, offices and gyms into them. This has had the effect of segregating us from our local neighbourhood centres or ‘hubs’. Next year will see the trend towards smaller homes that are connected to amenities in centralised community locations within walking distance. Mike says people in their teens and 20s, the elderly and those of modest means are less able to afford cars, driving the need for such amenities in close proximity to homes.

Tags: city, city forecast, mike day, robertsday, urban landscape
Previous postHow to Apply DDA to Street Furniture: Seats and Tables Next postWon’t Somebody Think of the Children? Why We Should Design Cities Without Cars