Are Floating Farms the Answer?

Available arable land and agricultural space is on the decrease, while demand for food is higher than ever before. With worldwide populations expected to soar to 9.6 billion by 2050, food production will have to increase by 70% worldwide and by 100% in developing countries to keep up. The question is how can we solve this ever increasing problem when land is a finite resource? One Barcelona design firm may have developed an innovative solution that could revolutionise the way we think about growing food – by turning to the sea. 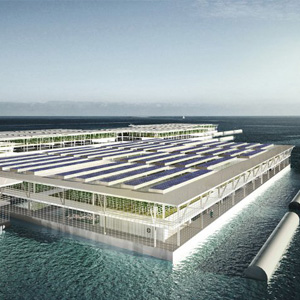 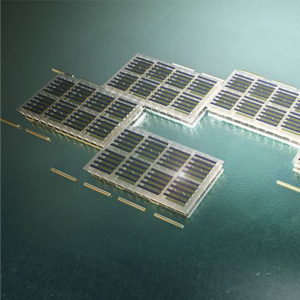 Forward Thinking Architecture has conceptualised the idea of Smart Floating Farms; each module a 3-level rectangular farm, 200m by 350m in size, for a total area across all its levels of 670m2. These farms would feature solar panels on the roof to keep them running autonomously as they float on the open sea. Each triple-decker agriculture barge would have fish farms down below, hydroponic gardens up top and yield tonnes of vegetables, fruit and fish each year.

The different levels are broken up by function, each of which would feed into and help to power the other. The roof would be covered in skylights and photovoltaic solar cells that would convert sunlight into energy. That energy and natural sunlight would then trickle down to the next level, which would house greenhouses stacked with automated hydroponic organic crop farms and microclimate control for increased crop cultivation.

Water waste from the crop farm would then seep down into the fish farm on the bottom level. The resulting waste from the fish would be recycled back up to fertilise the plants. The bottom level would also contain external perimeter wave barriers and protection, water access points, storage, a slaughterhouse, a desalination plant and a packaging facility.

Wind turbines and wave energy converter systems will also play a role, along with biogas power plants and digesters which would be used to eliminate excess biological waste produced throughout the operation. Thus, the farm would be self-sustaining in a number of different ways.

The most important component of this project would be the hydroponic gardens, as hydroponics doesn’t require natural precipitation, fertile land or pesticides to be effective, and can serve as a model for people who live in arid regions or areas with poor soil. Hydroponic gardens are also capable of being stacked, which maximises space efficiency. 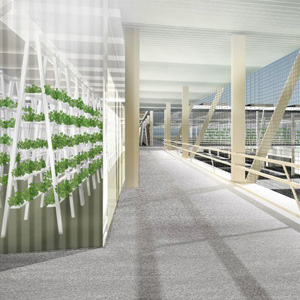 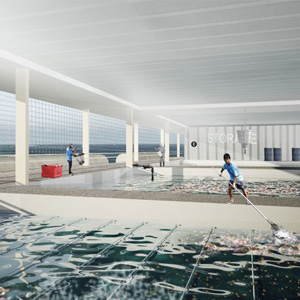 The agricultural barges are designed to be anchored to the seabeds of oceans, lakes or rivers, and could be moved around by ship as needed. Space on the barges that isn’t used for farming is taken up by service walkways and catwalks. Since the floating farms would be modular, several could be clustered together to improve their efficiency allowing them to better serve densely populated areas.

The designers of Smart Floating Farms contend that all of this could—at least in theory—operate autonomously, with minimal human intervention.

Forward Thinking Architecture has said that one regular farm would yield 8.1 tonnes of vegetables and 1.7 tonnes of fish per year, which would let the farm pay for itself within 10 years.

However, scientists who have examined the project are questioning whether these sustainable farms would actually make a dent in the impending food crisis, since they will likely have enormous start-up and operating costs, and others are sceptical that the project would be able to get off the ground without massive subsidies.

It has even been proposed by some, that the project would be better suited to the high-end luxury side of the scale, enabling farm-to-fork meals in high-end coastal kitchens rather than feeding the people en masse.

While this idea is still very much in the conceptual phase, it is a shining example of the innovative thinking we need to promote sustainable and responsible farming, and, if it takes off, could be an incredible way to keep farming and food demands from encroaching on land, potentially feeding billions of people. 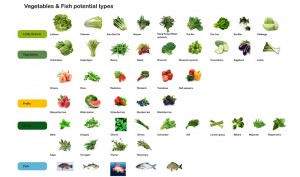